After debating whether or not to for several months, I’ve released another collection of sketches, experiments, ideas, etc. from the past year.  Click the cover-art below to listen and download for free (or you can pay if you’d like).

It’s really not much, mostly lo-fi instrumentals. All tracks were recorded on-the-spot in one take, although several of them have been edited to only the better bits. The only tracks that weren’t 100% improvised are “CigSmk” and “Troubling.” Some of the tracks I don’t like, and some of them I really enjoy, so I know I’ll revisit and elaborate upon a few of those at a later time.

I’ve got a lot more music coming, and it’ll be much more focused, along with better production. In the meantime, I leave you with this: 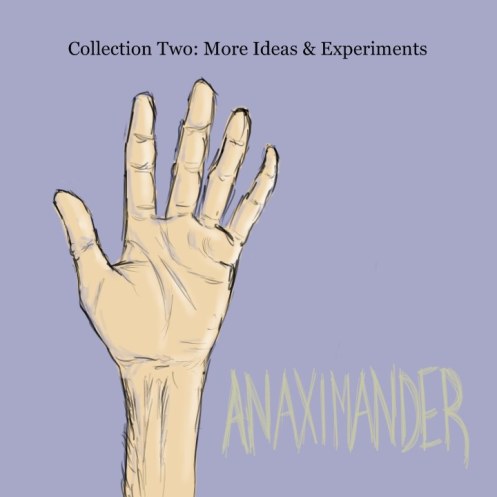 Most posts will now be on my personal blog, the appropriately titled, “Phillip Foshée’s Creative Career Blog.”  If anything, all I’m going to post here are major announcements related to Anaximander(my solo-project)-stuff.

I must admit, I never expected it to take quite this long for my stuff to show up on Pandora. It is a bit disappointing.

I’m writing a lot. I promise there are things happening. It’s really true, I swear. Soon, my darlings.

I just uploaded two new tracks to soundcloud. Aouse is a live (at home) recording of a sketch of a song… or maybe it’s a finished song… I don’t know.  The other one is the score I did for an animation by this guy. Looks like we’ll be working together on a few more shorts and a much larger project to be announced soon. I’m finally recording, rather than simply sketching.